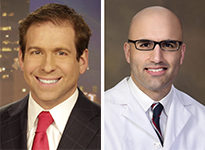 In it, he interviews Sasha Taleban, MD, UA assistant professor, director of the Inflammatory Bowel Disease Program in the Division of Gastroenterology and a physician in the Endoscopy Lab at Banner – University Medical Center Tucson. 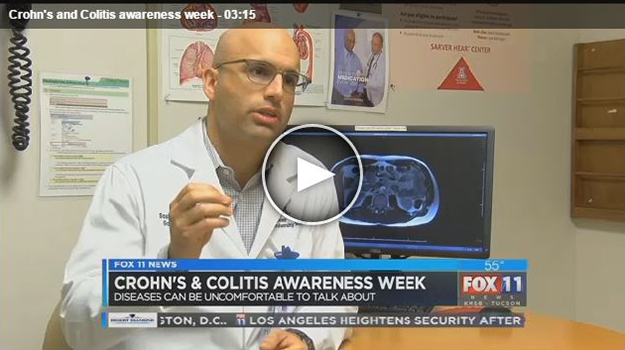 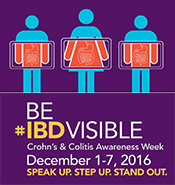 He and Dr. Taleban had met earlier this fall at the Take Steps for Crohn’s & Colitis Walk at Brandi Fenton Memorial Park on Oct. 22 which drew more than 150 walkers and raised over $22,000.

In the interview, Dr. Taleban told Thomas, "I think that because of the stigma that's associated with this disease often patients are less willing to let their friends and family know that they suffer from Crohn's and ulcerative colitis."

Still, he said, it’s important to recognize the problem, open up to family and friend and consult your physician to take medical steps to control it, something Thomas acknowledged was hard for him to do. Dr. Taleban said not only are there therapies to help reduce complications from IBD, but the hospital also can recommend patient support groups for it as well. He noted that the groups used to meet at BUMCT, but got too big for the space available.

To find out more about local IBD support groups, Dr. Taleban recommends visiting the Southwest Chapter webpage for the Crohn’s & Colitis Foundation of America and clicking on “Support Groups” at: www.ccfa.org/chapters/southwest

See more on the above story at Craig Thomas's Facebook page here. His Twitter handle is @CraigThomasTV.