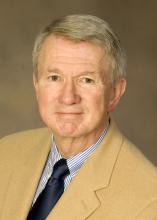 Robert Livingston, MD, 75, an oncologist at the University of Arizona Cancer Center and a professor of medicine in the UA Division of Hematology and Oncology, died Sept. 8 at his home. Dr. Livingston had been a professor at the UA College of Medicine – Tucson for the past decade.

David Alberts, MD, and his wife, Heather, on Saturday, Oct. 15, 4-6 p.m. Please RSVP the number expected to attend to Shawn Haywood (shaywood@uacc.arizona.edu) no later than Oct. 7, as there is limited seating and parking. In lieu of flowers, the family requests donations to be made to the UA Cancer Center to support training and mentorship. Checks payable to UAF/UACC may be sent to UAHS, PO Box 245018, Tucson, AZ  85724, designation "In Memory of Robert Livingston" in the memo line. Online gifts may be made at www.uafoundation.org/giving/uacc adding "Robert Livingston" within the tribute section.

Those wishing to read or sign a digital Guest Book for Dr. Livingston’s family can do so by clicking here. You can find his obituary from the Arizona Daily Star here. 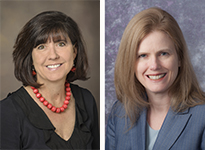 Both Monica Kraft, MD, chair of the UA Department of Medicine, and the new chief of the Division of Hematology and Oncology, Julie Bauman, MD, MPH, expressed their sadness and remorse at Dr. Livingston’s death. The division is one of 13 in the department, which is the largest at the UA College of Medicine – Tucson with more than 200 faculty physicians and a like number of resident and fellow physicians in training in internal medicine and all of its subspecialties.

Throughout much of his career, Dr. Livingston was a member of the Southwest Oncology Group (SWOG)—a national cancer research organization and global network of researchers that design and conduct clinical trials to improve care and treatment of cancer patients. He served as chair of SWOG’s Lung Cancer Committee and Lung Working Group (1974-97), chair of its Breast Cancer Committee and Breast Working Group (2000-09), and chair of its Clinical Trials Management Systems Task Force and a member of its Scientific Advisory and Strategic Planning Committees from 1997 until his death.

He also served as chair of the National Institutes of Health (NIH) Consensus Development Conference on Management of Localized Prostate Cancer (1987), a co-principal investigator of the Lung Cancer Study Group (1983-85), and a member of the Lung Cancer Intergroup Correlative Sciences Review Committee of the National Cancer Institute (NCI) Cancer Therapy Evaluation Program (1997), as well as several committees and advisory groups of the American Cancer Society (1989-98).

Dr. Livingston contributed to more than 400 clinical research papers and served on the advisory or editorial boards of several journals, including Cancer Treatment Reports, Cancer, Chemotherapy & Pharmacology, and the Journal of Clinical Oncology.

A native of Tulsa, Okla., Dr. Livingston earned his bachelor’s and medical degrees from the University of Oklahoma, did a medical internship at Parkland Hospital in Dallas and a residency in internal medicine at the University of Oklahoma, and was a special assistant to the chief of the NCI Cancer Therapy Evaluation Branch in Bethesda, Md. (1968-70).

He was inducted a Fellow of the American Association for the Advancement of Science in 1990, won the Jeffrey Gottlieb Memorial Award from MD Anderson Cancer Center in 1998, and was named among the Best Doctors in America (2007, 2009, 2011-16) and One of America’s Top Oncologists (2009-16).

Throughout his career, Dr. Livingston also served as principal or associate investigator on numerous NIH/NCI and industry funded research projects and clinical trials. You can read about some of his scientific contributions to fighting lung and breast cancer here. His last two UA Department of Medicine Grand Rounds presentations were on “An Update on Breast Cancer” (Feb. 5, 2014) and “Toward Personalized Therapy: Prognostic and Predictive Factors” (Nov. 16, 2011)—click on the links to view.

-----
Update, Oct. 20, 2016: As Dr. Livingston's UA Cancer Center profile has been unpublished, his key scientific contributions linked to in the final paragraph above are listed below.

Dr. Livingston's scientific contributions have occurred in both lung cancer and breast cancer & include: