With November being Lung Cancer Awareness Month, that’s the topic chosen for the next University of Arizona Cancer Center Open House on Nov. 15, 5-7 p.m., in the lobby of the UA Cancer Center – North Campus, 3838 N. Campbell Ave.

And, with the new CMS certification for the reactivated Lung Transplant Program at Banner – UMC Tucson, patients in the region have more choices—in addition to multiple treatment options—than ever. Come listen to what our specialists have to say.

More people in the United States die from lung cancer—which accounts for roughly 27 percent of all cancer deaths—than any other type of cancer. This is true for both men and women, according to the U.S. Centers for Disease Control and Prevention.

In 2013 (the most recent year numbers are available): 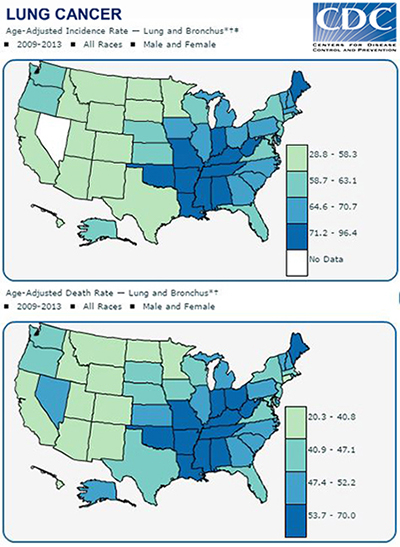 It is the second most common cancer among white, black, American Indian/Alaska Native, and Asian/Pacific Islander men; and the third among Hispanic men. It is the leading cause of death from cancer among men of all races and of Hispanic origin.

The same is true for women, except that it is the second leading cause of death from cancer among Hispanic women. Breast cancer is the first for Hispanic women.

The five-year survival rate for lung cancer is 55 percent for cases detected when the disease is still localized (within the lungs).

Screening for individuals at high risk has the potential to dramatically improve lung cancer survival rates by finding the disease at an earlier, more treatable stage. If half were screened, over 13,000 lung cancer deaths could be prevented. 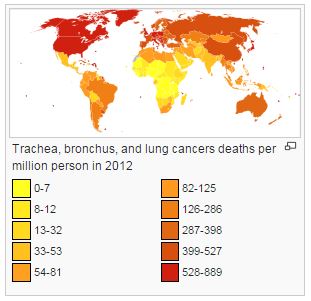 It's the most common cancer worldwide, accounting for 1.8 million new cases and 1.6 million deaths in 2012.