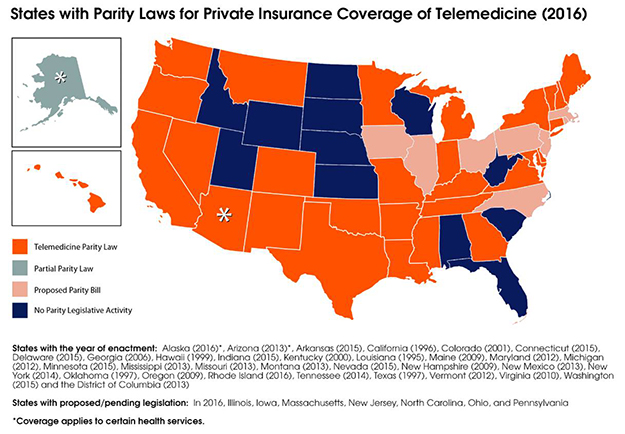 University of Arizona nephrologist Bijin Thajudeen, MD, was one of two physicians from the UA College of Medicine – Tucson asked to provide expert testimony on why private insurance coverage should be expanded to cover kidney and urology services in Arizona for telemedicine patient medical consultations.

Dr. Thajudeen, an assistant professor in the UA Department of Medicine, and Miguel Craig, MD, a resident physician in the UA Department of Surgery’s Division of Urology, spoke Jan. 26 at a stakeholder meeting convened by Arizona State Sen. Gail Griffin (R-Hereford), the majority whip, in Phoenix, on the need to be able to do long distance consultations for patients in their specialties.

Interviewed afterward, Dr. Thajudeen—who is medical director of a kidney dialysis center in Douglas, Ariz., said everyone would benefit. Patients would get better, more timely and more frequent care without having to drive hundreds of miles. Clinicians likewise would be required to travel less and gain better oversight of their patients, making adjustments to care as needed. For patients, it also would mean fewer emergency room or urgent care clinic visits, which could reduce the overall costs and burden on the health care system—including insurance companies.

“What we were trying to tell them was how important it is for us and why it’s important to have telemedicine services for our patients, especially in rural areas like Douglas,” Dr. Thajudeen said.

He noted Medicare already covers dialysis consultations. “Medicare will pay for it, but not other private parties. Similarly, there is actually a disparity in the structure of pay between insurance companies,” he added.

His and Dr. Craig’s testimony involves the 2017 Arizona Telemedicine Expansion Bill (SB 1398)—referred to as the parity bill, which calls for coverage and payment parity for such services by insurance providers in the state. Corresponding Arizona House legislation (HB 2030) was held in committee Jan. 19 in favor of SB 1398.

Also invited to participate in the meeting were Daniel Roe, MD, CMO/COO with the Copper Queen Community Hospital in Bisbee, Ariz., staff from the Arizona Senate and House, several insurance industry representatives and—from the Arizona Telemedicine Program—Director Ronald S. Weinstein, MD, a UA professor of medical imaging, pathology, pharmacy practice and public health, as well as Kris Erps, the program’s associate director for administration, and Nancy Rowe, its associate director for outreach. Click here for a map of the Arizona Telemedicine Network. 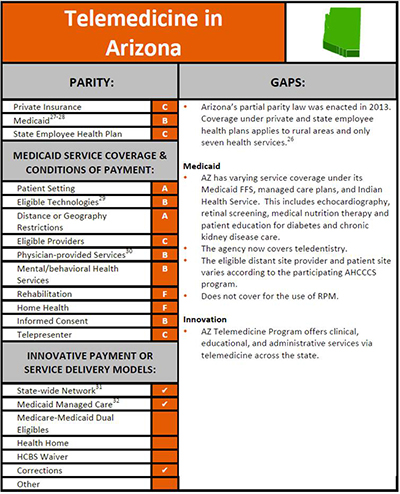 Erps noted that this is the third iteration of the parity bill. The first passed in 2013 and provided for insurance coverage (effective Jan. 1, 2015) of telemedicine consultation services for trauma, burn, cardiology, infectious diseases, mental health disorders, neurologic diseases (including strokes) and dermatology. A 2016 version added pulmonology services and lifted the rural restriction to allow telemedicine consultations anywhere in the state (effective Jan. 1, 2018).

Unfortunately, she pointed out SB  1398 was assigned to the Senate Health and Rules Committees on Jan. 31, but only with urology services included. These would take effect Jan. 1, 2019, if the legislation passes and is signed by the governor.

“Arizona is one of just two states that have partial parity, where not all services are covered—us and Alaska,” Erps said. “So, we’re doing this piecemeal. We had hoped to add nephrology to this bill, but that is not happening. Hopefully, it will be included it in next year’s bill.”

Dr. Thajudeen was disappointed but energized by participating in the process. As it is, he travels once a month for face-to-face consultations with chronic kidney disease patients at the DCI Desert Dialysis Center in Douglas. The facility serves about 60 dialysis patients from Douglas, Bisbee and the surrounding area. If nephrology had been included in the bill, he said he could foresee being in touch with his Douglas patients on a weekly rather than monthly basis.

“The dialysis population, or dialysis patients, they have different needs for this. Outside of the physician seeing the patient, these patients are seen by a dietitian, they are seen by a social worker and—as they may receive a transplant in the future—they are also evaluated by a transplant physician and their coordinators,” he said.

“What’s happening now is these patients have to travel all the way from Douglas to Tucson to see these coordinators and dietitians and social workers. Actually, they travel all the way to Douglas to see these patients, too. Because of that, they only make one or two visits a month. It’s just too far. But, if you have the Arizona Telemedicine Program, these people can actually have more frequent contact with a patient, which can influence the outcomes in the sense that they can improve the health of these patients.“

Dr. Thajudeen also was recently invited to participate in the Kidney Health Initiative (KHI) project, "Prioritizing Symptoms of End-Stage Renal Disease (ESRD) Patients for Developing Therapeutic Intervention" as a member of the project steering committee. KHI is a public-private partnership between the American Society of Nephrology and the U.S. Food and Drug Administration. Prabir Roy-Chaudhury, MD, PhD, a professor of medicine and chief of the UA Division of Nephrology, serves as KHI national co-chair on behalf of the society.