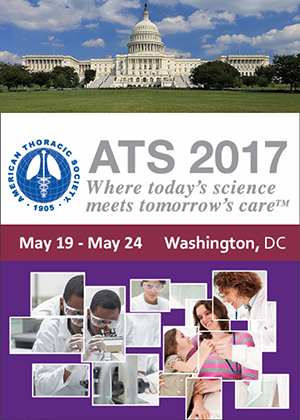 Two additional physicians in training within the University of Arizona Department of Medicine have received Bressler-Alpert Travel Awards to assist them in presenting their research at conferences.

Both will be attending the American Thoracic Society (ATS) 2017 International Conference in Washington, DC, May 19-24, 2017.

A third physician, a Tucson Campus IM resident, also will be attending ATS 2017 courtesy of an Abstract Scholarship she won to present on her research.

They and the titles of their ATS presentations are listed below:

Along with Hematology and Medical Oncology fellow Abhijeet Kumar, MD, who received a December award to present at the 2016 American Society of Hematology Annual Meeting, that brings to four the number of DOM physicians in training who’ve received travel assistance in the last six months. 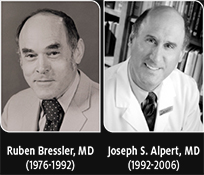 The Bressler-Alpert Society and Bressler-Alpert Travel Assistance Fund were created in August 2012 through the generosity of current and former faculty, and alumni of the University of Arizona Department of Medicine.

The award and the society of UA faculty and alumni that fund it are named for Ruben Bressler, MD, and Joseph K. Alpert, MD, who served previously as department chairs over four decades—Dr. Bressler, 1976-92, and Dr. Alpert, 1992-2006. Dr. Alpert continues to practice in the UA Division of Cardiology, and is a UA Sarver Heart Center member and editor-in-chief of the American Journal of Medicine.

To learn more, click on the “Ways to Give” button at the top right of any webpage on the UA Department of Medicine website. All dues and donations are tax deductible.