Two UA College of Medicine – Tucson faculty members within the Division of Translational and Regenerative Medicine, Ankit A. Desai, MD, and Stephen M. Black, PhD, have been awarded separate R01 research grants valued at more than $5 million combined from the National Heart Lung and Blood Institute, a unit of the National Institutes of Health, to study cardiovascular disease. 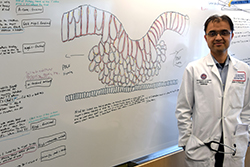 “This grant allows me and my research team to explore a poorly recognized manifestation of sickle cell anemia and provide the mechanistic framework to better understand its development as well as to propose future therapeutic studies for patients with the disease,” Dr. Desai said. 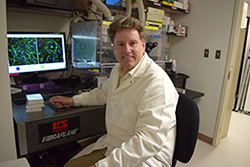 Co-principal investigators with Dr. Black are Jeffrey R. Fineman, MD, a professor of pediatrics at the University of California San Francisco’s Benioff Children's Hospital, and Heidi M. Mansour, PhD, an assistant professor in the UA College of Pharmacy and BIO5 Institute and member of the UA Cancer Center.

Dr. Desai is hoping to press a parallel path forward on recent advances in gene therapy to treat another aspect of sickle cell disease reported in the New England Journal of Medicine in early March. That story was also covered by the Chicago Tribune and Medscape.

He is an assistant professor of medicine in the Division of Cardiology and UA Sarver Heart Center member whose lab is part of the UA Molecular Cardiovascular Research Program. He earned his medical degree at the University of Illinois at Chicago and completed his internal medicine residency at California Pacific Medical Center in San Francisco and a cardiology fellowship at the University of Chicago Medical Center.

In 2014, Dr. Desai was one of eight winners of the inaugural UA Health Sciences Career Development Awards based on his research interest in sickle cell disease (SCD). 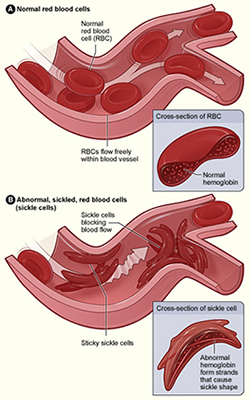 Also known as sickle cell anemia, SCD involves a group of inheritable disorders that cause red blood cells to change shape, making them vulnerable to rupture and leading to severe anemia. With symptoms such as chronic chest pain and shortness of breath, the body has a hard time keeping up with replacing red blood cells faster than they’re being destroyed. In 1973, the average lifespan of someone with SCD in the United States was 14 years. While advances in diagnosis and care have improved survival, patients remain susciptible to early death—with an average lifespan of about 50 years, the NHLBI reports.

In all, about 100,000 Americans suffer from SCD. Although it affects largely people of African ancestry, many people who have it are of Hispanic, Southern European, Middle Eastern or Asian Indian backgrounds as well. One in 13 African American babies is born with the sickle cell trait and one in 365 is born with the disease.

"While high blood pressures in the lungs (called pulmonary hypertension) and sudden death are associated with premature death in SCD, it is unclear if a diseased heart including fatal arrhythmias contribute to unexpected and sudden death," Dr. Desai said. 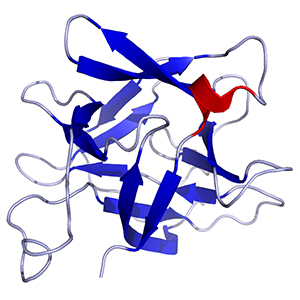 "Additionally, a circulating inflammatory molecule called IL18 seems to play a central role in mediating processes that lead to these complications," he added, saying his research will begin to explore the therapeutic potential to prevent and treat VT in pre-clinical SCD models. “That will translate into future clinical biomarker studies to evaluate risk of sudden cardiac death and test for effective personalized therapies to treat this “poorly recognized, fatal manifestation of the disease."

IL-18 is a cytokine produced by macrophages and other cells. It works by binding to the interleukin-18 protein receptor and, together with IL-12, induces cell-mediated immunity following infection. [Wikimedia]

Nancy Sweitzer, MD, PhD, Cardiology division chief and Sarver Heart Center director, said, “Dr. Desai’s new grant allows him to pursue his prior finding that heart rhythm disturbances are a common and potentially fatal complication of sickle cell disease. His innovative work paves the way for new and potentially life-saving treatments to prevent sudden death in young people with sickle cell disease. This funding from the NIH supports highly translational work with important implications for patients. This exemplifies precisely the type of science we continue to pursue and support in the Sarver Heart Center.”

Congenital heart defects are the most common birth defect. They affect about eight of every 1,000 newborns with more than 35,000 babies in the United States born with them, according to the NIH. Many are simple conditions needing no treatment or that are easily fixed. Complex conditions such as defective vessels, leaky valves or a hole in the heart require special medical care—often throughout a person’s life. More than a million people in the United States live with congenital heart defects today.

“Advances in the treatment of congenital heart disease have resulted in improved survival for babies born with heart defects, but post-operative complications like pulmonary vascular disease are causing major functional limitations for many of our patients,” said UA Division of Pediatric Cardiology Chief Scott Klewer, MD, who is also the Peggy M. Barrett Endowed Chair for Congenital Heart Disease in Adults at the UA College of Medicine – Tucson. “Dr. Black’s research will improve the lives of children and adult living with congenital heart disease."

Joining the UA faculty in 2015, Dr. Black is a professor of medicine and physiology and director of the UA Lung Vascular Pathobiology Program. He earned a bachelor’s degree in molecular biology and a doctorate in molecular pharmacology from the University of Edinburgh in Scotland. Afterward, he did a postdoctoral research internship in molecular endocrinology at the University of California San Francisco, where he was also an assistant professor. From 1999 to 2006, he was an associate professor at Northwestern University, the University of Montana and the University of Washington. Before coming to Tucson, he was a Regents’ Professor at the Medical College of Georgia, now part of Augusta University. Continuously funded by the NIH since 1998, he also is the winner of the NIH James A. Shannon Director’s Award and a March of Dimes Basic Research Award.

Dr. Black noted that roughly half of children born with congenital heart defects require medical and/or surgical attention and, while survival has improved, they continue to suffer from health complications and premature death. 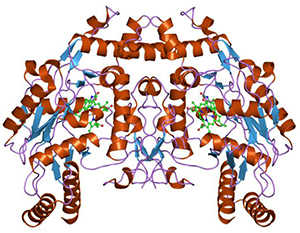 “This is due, in part, to the fact that they are at great risk for developing pulmonary vascular disease that initially manifests as an inability to properly produce a gas called nitric oxide (NO) needed to control dilation of the blood vessels in the lung,” Dr. Black said.

His research looks at the function of cells in a thin layer that lines the interior surface of blood and lymphatic vessels and form an interface between circulating blood or lymphs in the lumen (interior space of a tubular structure) and the vessel wall—known as endothelial cells. 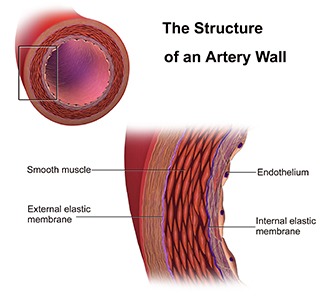 “Our studies are designed to increase our understanding of the important signaling molecules that underlie this decrease in endothelial function and could lead to improved survival of children born with congenital heart defects. We were the first to identify that the enzyme required to produce NO—endothelial NO synthase, or eNOS (pictured above left)—loses its ability to bind to an important regulator protein, heat shock protein 90, or hsp90, in these children and that this plays a major role in the reduced NO associated with this disease.”

Utilizing a translational approach that integrates biophysical, cellular and whole animal studies, his research team is trying to better understand why eNOS cannot interact with hsp90.

“We also hope to develop reagents that can stimulate hsp90 activity to determine if this can restore NO signaling and normal blood vessel vasodilation, which decreases blood pressure. In the future, we hope that our studies will lead to the development of novel therapies for treating these critically ill infants,” Dr. Black said.