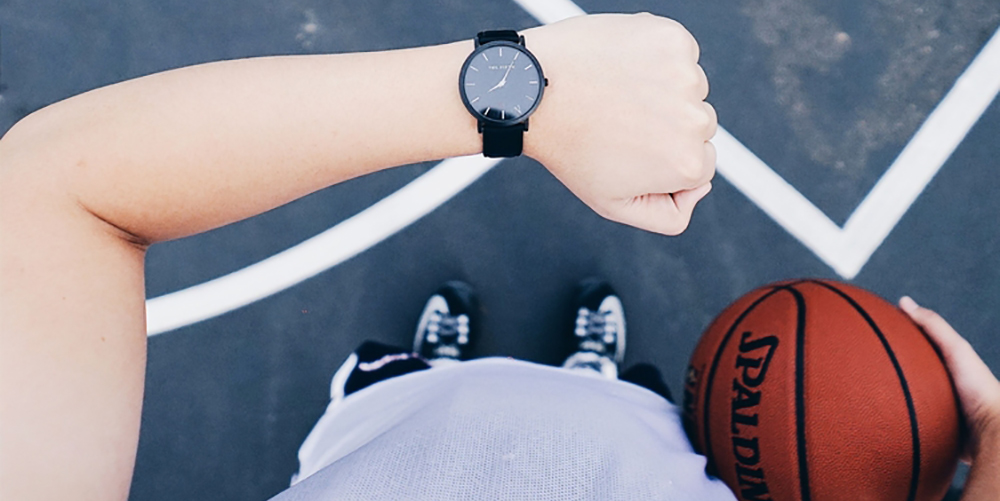 Forty-three percent of athletes surveyed said they get less than seven hours of sleep a night.

College athletes are not getting enough sleep, but a simple intervention built around education and support could go a long way in improving sleep quality and, in turn, athletic performance, University of Arizona researchers said during the 2017 NCAA Convention in Nashville, Tennessee.

Michael Grandner, assistant professor of psychiatry and psychology and director of the Sleep Health Research Center at the UA College of Medicine, and Amy Athey, director of clinical and sport psychology services for Arizona Athletics, were awarded an NCAA Innovations in Research and Practice Grant last year to study sleep habits in college athletes. They were one of four teams awarded the NCAA grant, which supports studies designed to enhance student-athletes' psychosocial well-being and mental health.

Together, Grandner and Athey developed Project REST – which stands for Recovery Enhancement and Sleep Training – to encourage student-athletes to develop healthier sleeping habits. They presented their findings at the NCAA's annual convention on Thursday.

While seven hours is considered the minimum amount of sleep a typical adult should get, college students – especially highly active ones, like athletes – need at least eight to nine hours for optimal functioning, Grandner said in an interview.

Poor sleep can have far-reaching effects, no matter who you are. For athletes, it can impact not only the way they feel physically and mentally but how they perform in their sport, Grandner said.

"Some of the most prominent effects of disturbed sleep can be reduced physical performance, reduced mental and cognitive performance, reduced recovery time from injury and worse mental health," Grandner said. Slower reaction times, impaired decision-making abilities and even depression can result from poor sleep, he added.

While many programs exist to address student-athletes' nutrition and fitness, Grandner and Athey didn't know of any that specifically target student-athletes' sleep, so they developed Project REST – a model they hope may be adopted by college athletics programs nationwide.

The researchers enrolled 40 student-athletes in the intervention program, which started with a two-hour education and Q&A session that covered what good sleep is and why it is important and tips for improving sleep. Study participants then wore Fitbits to track their sleep habits over a 10-week period, and recorded information about the duration and quality of their sleep in online sleep diaries.

Throughout the study, students had 24/7 access to peers trained to support them and answer their questions. Participants also received daily text messages from study coordinators, including reminders about the study, tips for healthy sleep and random sleep facts. About half of the participants also received sunglasses designed to block UV and blue light, and a programmable light bulb.

At the end of the study period, participants reported a number of positive effects, including better sleep quality, less insomnia, more energy and less time spent lying awake in bed. Nearly 83 percent of the student-athletes said their sleep was better, and nearly 89 percent felt their athletic performance was positively affected. They also reported less stress and greater ability to focus.

The most useful part of the intervention, according to participants, was the initial information session. They also liked being able to monitor sleep habits with the Fitbit.

Athey, who works directly with the student-athlete population as a psychologist for Arizona Athletics, often encounters students with sleep issues, and says the data from the study backs up what she already suspected anecdotally.

When students come to Athey with sleep issues, she encourages them to make minor lifestyle adjustments to improve sleep – like maintaining a consistent sleep schedule or reducing exposure to mobile-device screens close to bedtime, for example – while more severe problems are referred to a sleep specialist.

Athey is optimistic that her partnership with Grandner, a sleep expert, can help introduce useful tools to the larger student-athlete population.

"With a really simple educational intervention and opportunities for learning over a number of weeks, student-athletes were able to make changes that had a real impact," she said of Project REST.

"It's just education and support," he said. "There's no reason this should be limited to student-athletes."