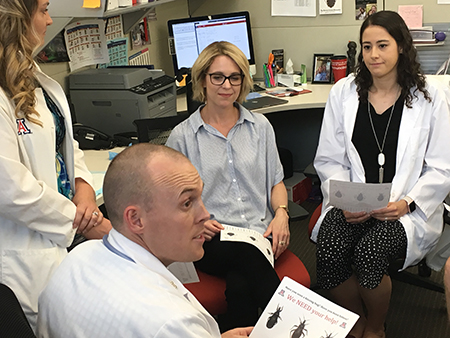 For Norm Beatty, MD, a fellow in the University of Arizona Infectious Diseases Fellowship Program at the UA College of Medicine – Tucson, who is principal investigator on a study, “Prevalence of Chagas disease among high-risk individuals in Arizona,” it’s all about kissing bugs at the moment.

On Thursday, May 24, reporters from KVOA Channel 4—a Tucson TV station—interviewed him at the lab of one of his mentors, UA professor of immunobiology Nafees Ahmad, PhD, at the UA BIO5 Institute about his project’s citizen science effort to enlist area residents to collect and test the little critters for infection with the parasite that causes Chagas disease, Trypanosoma cruzi. To learn more, see the “Get Involved” tab at kissingbug.arizona.edu 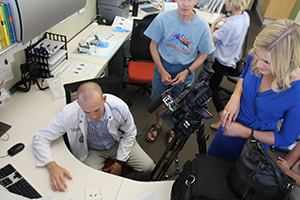 Above right, Dr. Norm Beatty with three members of his research team. At left, Drs. Norm Beatty and Justin Schmidt show KVOA reporter Kendra Hall a sample of live kissing bugs. See the bottom of this article for the KVOA video and a photo gallery from that interview.

“Our team is conducting a research study in Tucson investigating the ecology and behavior of triatomines (kissing bugs) and the potential for locally acquired transmission of Chagas disease in southern Arizona,” Dr. Beatty said.

“Utilizing our citizen science program and field collecting we’re capturing kissing bugs from homes here in Tucson and surrounding areas. Participants fill out a home survey to analyze environmental factors associated with kissing bug exposure. We’re also interested in learning more about the kissing bug bite and associated reactions, so if a participant has been bitten before we will have them fill out a survey describing this reaction. Based off the data we collect from the home surveys we will try to determine if kissing bugs are colonizing homes in this region.”

Among those individuals exposed to kissing bugs, the research team also is testing them for serologic evidence T. cruzi infection via a simple blood screening that requires only a small drop of blood and a few seconds for results.

All but Dr. Klotz were available for the KVOA interview Thursday. Daniel Massey, PharmD, poison/drug education specialist with the UA Poison Control Center, also was on hand both as a citizen participant who had collected kissing bugs at his home and been infected by an insect bite. He told reporters about being bit on his stomach while sleeping, noting that it looked like a mosquito bite but with swelling around the mark. He was lucky, though. His reaction was mild.

“We are currently enrolling participants for the study,” Dr. Beatty said. “Kissing bugs are most active from May to the end of July, putting people at-risk for exposure. We are working with the Arizona Poison Control Center and the Arizona Department of Health Services to help promote our project.” 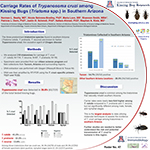 He also was awarded a travel grant and selected to present on June 8 on preliminary results related to this project at the Infectious Diseases Society of America and National Institute of Allergy and Infectious Diseases 2018 Research Careers Meeting in Bethesda, Md. Click on the image at left to enlarge his team’s IDSA/NIAID poster presentation.

“Swelling at the bite site may persist for several days, developing into a painful, nodular, urticarial lesion,” They note. “Allergic responses include diffuse urticaria, periorbital swelling, angioedema, and anaphylaxis manifesting as vasodilatation, hypotension, tachycardia, loss of consciousness, and even death. Persons at risk for anaphylactic reactions should keep an epinephrine autoinjector close in their bedroom.”

The U.S. Centers for Disease Control and Prevention reports that up to 10,000 people die each year from Chagas disease, with 300,000 living with it in the United States. Up to 7 million people worldwide, mostly in Latin America, are estimated to be infected with Chagas disease, according to the World Health Organization. Click on the image at right to enlarge a CDC infographic on Chagas disease.

The disease can be mild, causing swelling and fever for a short period, or it can be long lasting. Many may be unaware they’ve been infected. Others may suffer a stroke, heart attack or sudden death. Left untreated, it can cause congestive heart failure. Up to 30 percent of chronically infected people develop cardiac abnormalities and 10 percent develop digestive, neurological or mixed complications requiring specific treatment.

Kissing bugs—also known as conenose bugs, assassin bugs or vampire bugs—are common to warm southern U.S. states, Mexico, Central and South America. The little critters can hide in cracks and holes in floors, walls, beds and other furniture. Pack rats are associated with them, and pets bitten by infected insects aren’t immune to the disease either. 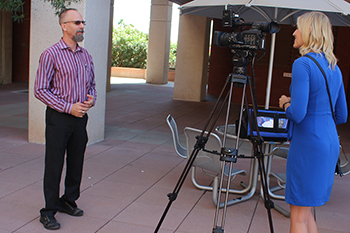 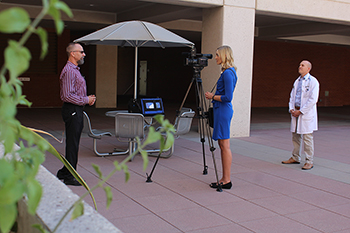 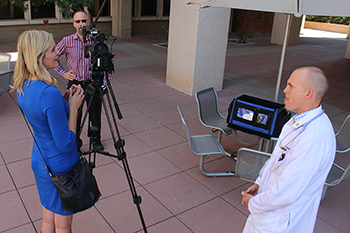 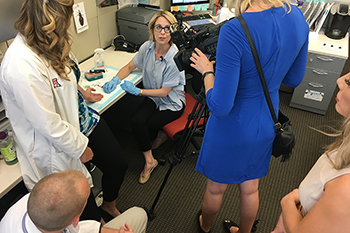 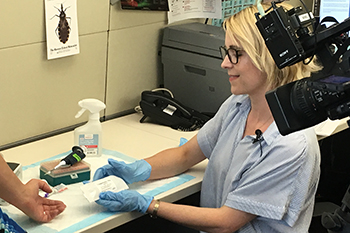 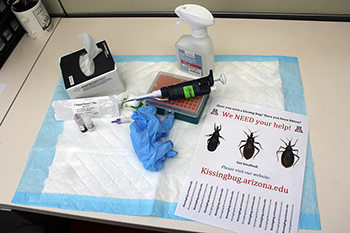 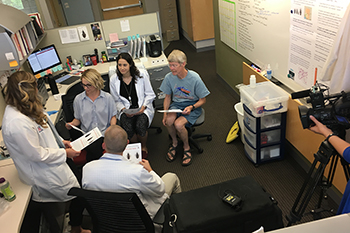 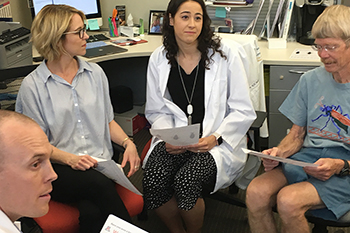 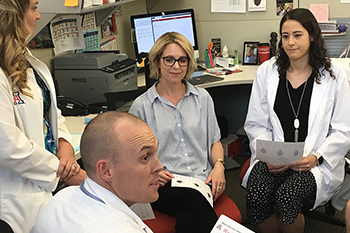 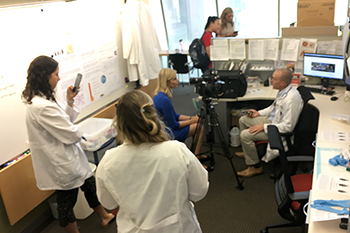 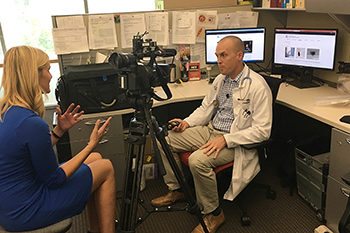 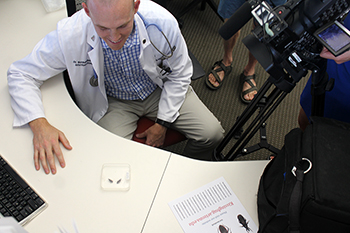 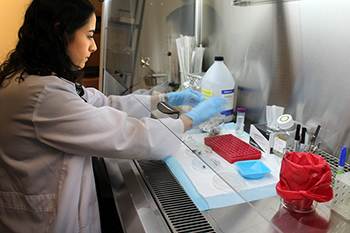 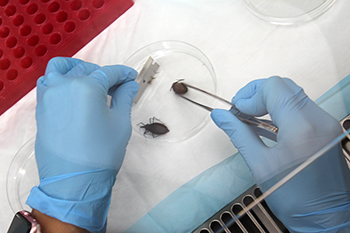 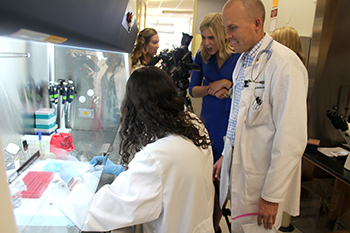 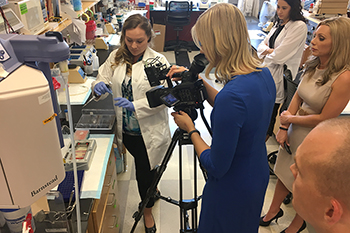 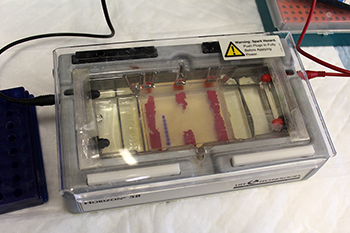 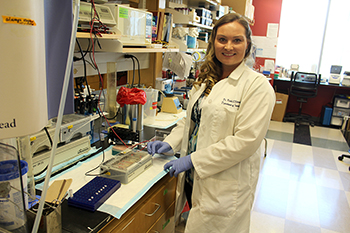