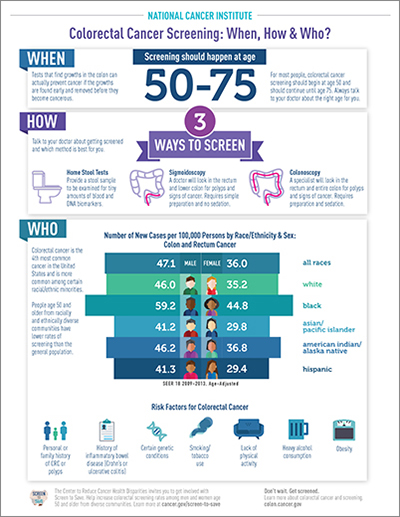 Juanita L. Merchant, MD, PhD, a renowned physician-scientist who has made paradigm-shifting contributions to understanding the gastric response to chronic inflammation and colon cancer—and an elected member of the National Academy of Medicine, started this week as the new chief of the University of Arizona Division of Gastroenterology and Hepatology.

The division is one of 14 in the UA Department of Medicine, the largest department at the UA College of Medicine – Tucson which is one of five UA Health Sciences colleges.

“Dr. Merchant is an incredibly accomplished investigator and a National Academies member who has been continuously funded by the National Institutes of Health for 25 years. She brings gravitas as well as academic leadership to the University of Arizona, the Department of Medicine and the GI division,” says Monica Kraft, MD, department chair, professor of medicine, the college’s Robert and Irene Flinn Chair in Medicine and deputy director of the UA Health Sciences Asthma and Airway Disease Research Center.

“I’m very excited about having her work with me and the GI faculty to build programs and enhance education as well as move the research endeavor forward.”

Among those assisting in Dr. Merchant's recruitment was Steve Goldschmid, MD, interim chief of the division since fall 2015, and previously chair of the department (2006-08) and dean of the UA College of Medicine - Tucson (interim dean, 2008-09; dean, 2009-14). Dr. Kraft thanked him for his service.

Dr. Merchant was previously the H. Marvin Pollard Professor of Gastrointestinal Sciences in Internal Medicine with a dual appointment in the Department of Molecular and Integrative Medicine at the University of Michigan Medical School, where she was also associate director of its Medical Scientist Training Program, or MD/PhD program. She practiced medicine at Michigan Medicine (formerly University of Michigan Health), the university’s wholly owned academic medical center in Ann Arbor that’s ranked sixth in the nation by U.S. News & World Report in its 2017-18 Best Hospital list.

Dr. Merchant was featured in Yale Medicine Magazine’s Spring 2018 issue, which celebrated 100 years of women at Yale School of Medicine.

Dr. Merchant grew up in Los Angeles and attended Stanford University for undergraduate studies, later earning a medical degree and doctorate at Yale University School of Medicine. She then did her residency in internal medicine and a clinical and research fellowship at Boston’s Massachusetts General Hospital, before completing a clinical gastroenterology fellowship at the University of California Los Angeles. Board certified in internal medicine and gastroenterology, she had been on faculty at the University of Michigan since 1991.

She has written or co-written more than 130 peer-reviewed research publications and is editor or co-editor of multiple books and book chapters—including the textbook Physiology of the Gastrointestinal Tract (now in its sixth edition) with Fayez Ghishan, MD, chair, UA Department of Pediatrics.

Among her many honors, Dr. Merchant was presented in 2017 with the American Gastroenterological Association’s Distinguished Achievement Award in Basic Science.

Beyond a Gut Feeling

Dr. Merchant’s lab will be located in the UA Cancer Center as her research focuses on molecular mechanisms underlying normal and cancerous epithelial cell growth in the gastrointestinal (GI) tract’s lining. Often, Helicobacter pylori—a common bacteria that’s part of the makeup of the gut’s microbiome—is involved, she acknowledges. In most people, H. pylori causes no symptoms. In others, it contributes to chronic inflammation associated with gastritis, ulcers and cancer.

“My research is actually asking the question of how chronic inflammation changes the epithelium so that it favors development of cancer,” she says. “Some of our recent work and articles already submitted look at a specific white cell circulating in the blood that, once it’s in the stomach, changes its phenotype and begins secreting specific molecules creating an environment ripe for cancer.”

Before H. pylori was identified in 1982, Dr. Merchant says, most people assumed the stomach was sterile due to acid produced to aid digestion. Now, investigators know there are a host of microorganisms that populate the GI tract and many are focused on cataloguing those (aka, the gut microbiome) found in these tissues.

“One of the other questions in the lower GI tract we’re interested in answering,” she said, “is the role of butyrate. It’s known that the health of our cells in the colon depends on production of butyrate by bacteria digesting dietary fiber. So, trying to understand how that happens means we need to understand what families of bacteria are there normally that are protecting us except when we develop disorders like inflammatory bowel disease, irritable bowel syndrome and, then, of course, cancer. The question becomes what’s gone wrong. Why has the microbiome changed?”

Her third and oldest research project involves developing a better understanding of neuroendocrine tumors (NETs) in the small intestine, rectum and pancreas that affect largely Caucasians over the age of 50. In the GI tract, a subset of these NETs called gastrinomas can develop in the lower part of the stomach, duodenum and pancreas. Dr. Merchant and her research colleagues wrote an article for the journal Gastroenterology’s December 2017 issue that changes thinking about these tumors’ origin from endocrine cells that are part of the lining of the intestines to enteric glial cells similar to those found in the brain, which under certain micro-environmental conditions start to secrete hormones like gastrin causing gastrinomas.

“The important point is what we thought was the origin of these tumors may not be the origin,” Dr. Merchant said. “And that could change therapies that may be available or amenable to treat these tumors. So, instead of treating them like a colon cancer, what we call a carcinoma, you would treat them more like a brain tumor. I’m being sort of dramatic so people understand the difference between a brain cancer and a colon cancer. They’re sort of different types of tissue. These tumors in the GI tract, if their origin is more like a brain cancer than a colon cancer, then that would mean we change our approach to diagnosis and therapy.”

After 27 years at one of the largest GI divisions in the country with 80 gastroenterologists, Dr. Merchant is excited to be in Tucson. The move puts her not only closer to family and friends in Phoenix and California, but also offers her an opportunity for the next phase in her career. That involves a more active role as a leader and mentor to junior faculty, fellows, residents and medical students—and the chance to develop a division as a section chief.

The changing landscape here with construction on so many new clinical and research facilities closer to completion—not to mention the UA-Banner Health partnership as the nation’s lead recruitment cohort in the NIH All of Us℠ Research Program, which seeks to enroll at least 1 million participants to improve treatment and prevention strategies based on people's individual differences in lifestyle, environment and genetics—harbors a lot of promise for the future of precision medicine here. 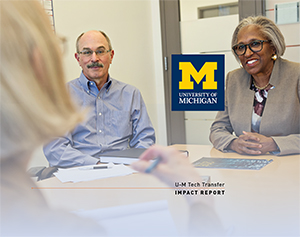 Along those lines, Dr. Merchant was issued a patent last year for a biomarker associated with diagnosis of irritable bowel syndrome and Crohn’s disease (click image at right for more) that’s known as the Single Nucleotide Polymorphism (SNP) C or SNP-C Variant Clinical Diagnostic Test. The SNP-C variant test may shorten the time it takes for an accurate diagnosis, help guide in prescribing patients an appropriate and personalized diet and, ultimately, reduce the need for invasive procedures such as endoscopies.

“That type of research is something I want to get fellows interested in for the translational value, particularly on a variant with potential for irritable bowel syndrome,” she said. “The basic hypotheses is that we can create these precision medicine-based tests” and attract private practice GI providers and patients to help us better calibrate them. That can be a vehicle to train fellows in basic discovery and to see what works best in the clinic.

Leading her own division, she sees a lot of untapped potential, too, with the Inflammatory Bowel Disease Program led by Sasha Taleban, MD, a possible advanced endoscopy fellowship with Hemanth Gavini, MD, MPH, at the helm, and identifying new leadership for the UA Thomas D. Boyer Liver Institute.

“Instead of focusing on just my own lab, I can now really step back and look at how do we take what’s been traditionally a clinical division and get people to think a little differently. Rather than excellent clinical delivery and training alone, (we can) now become a player on the national scene with respect to developing as a center of excellence for precision medicine, the microbiome and cancer in the GI tract,” Dr. Merchant says.

She realizes growth may be slower to start with current faculty bandwidth, but looks forward to recruiting likeminded physicians to that end. Likewise, she plans to partner and collaborate with other UA entities, including those with pediatric, nutritional, biorepository and pharmaceutical expertise to expand the focus of the division and offer value-added services to community physicians looking for help from the UA Health Sciences for their more complex patients.