Sairam Parthasarathy, MD, is featured in two videos posted to the website of the Washington, DC-based Patient-Centered Outcomes Research Institute (PCORI) related to his research on sleep medicine at the University of Arizona.

The UA Health Sciences and Banner Health were among co-sponsors of the April 12-15 event.

Dr. Parthasarathy talks about his PCORI-funded research study that is using mentors to train patients with sleep apnea to use CPAP machines in hopes of improving sleep outcomes.

Here, Dr. Parthasarathy says a patient gave him the idea for his PCORI-funded study to improve sleep outcomes for patients assigned a CPAP machine.

Dr. Sai Parthasarathy’s research in the PCORI-funded study, “Peer-Driven Intervention as an Alternative Model of Care Delivery and Coordination for Sleep Apnea,” also was a Featured Project in the fall 2017 edition of pcori stories, a magazine published by PCORI.

The study focuses heavily on a peer-mentoring/care coordination approach to CPAP (continuous positive airway pressure) device adherence for improved patient outcomes. The magazine was presented at the PCORI Annual Meeting, Oct. 31-Nov. 2, in Arlington, Va. The meeting is where Dr. Parthasarathy was interviewed for the PCORI videos above.

Is Lack of Sleep Killing Us? 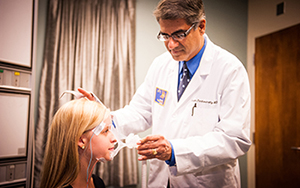 Dr. Parthasarathy participated at the AHCJ conference as an invited panelist for the session, “Is Lack of Sleep Killing Us?” that took place Friday morning. He is a professor of medicine in the UA Department of Medicine, interim chief, UA Division of Pulmonary, Allergy, Critical Care and Sleep Medicine and director of both the UA Health Sciences Center for Sleep and Circadian Sciences and the Center for Sleep Disorders at Banner – University Medical Center Tucson.

In the past two years, Dr. Parthasarathy has been the recipient of three awards as a principal investigator. This includes: 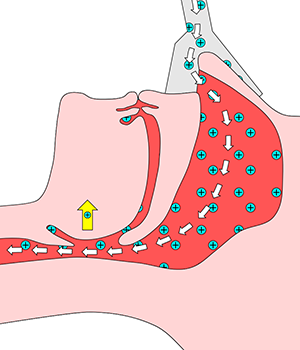 On his most recent grant regarding obstructive sleep apnea, Dr. Parthasarathy noted this is particularly a larger problem among lower income and elderly populations. “The overarching aim of our proposal is to conduct preliminary work that would allow us to institute a multi-level strategy that uses the computer-based system and experienced patients called peer-buddies to improving care for sleep apnea in lower income neighborhoods in order to promote health equity,” he said.

Dr. Parthasarathy joined the UA College of Medicine – Tucson faculty in 2011. Before that, he was affiliated with the Southern Arizona VA Health Care System’s Tucson VA Medical Center as chief of research, section chief for pulmonary and critical care medicine, and head of the sleep medicine lab. Prior to that, he was with the Edward Hines Jr. VA Hospital and Loyola University Medical Center, both in Chicago. He completed his residency in internal medicine and fellowship in pulmonary and critical care medicine at Loyola, where he also was a faculty member and director of its Center for Sleep Disorders.

In addition, he has served on multiple National Institutes of Health boards and committees related to the American Academy of Sleep Medicine and National Center for Sleep Disorders Research—including chairing the Sleep Disorders Research Advisory Board (2013-14), and served on editorial boards for several respiratory, critical care and sleep medicine related national and international publications.

Under Dr. Parthasarathy’s leadership, the UA Center for Sleep Disorders opened in January 2012. In 2014, the center was accredited by the American Academy of Sleep Medicine (AASM) to perform out-of-center sleep testing and Dr. Parthasarathy’s research team was awarded $2 million by PCORI to study sleep apnea. The research team has since made a number of findings, including a link between persistent insomnia, inflammation and mortality. For Dr. Parthasarathy's most recently published papers, click here.

About the Patient-Centered Outcomes Research Institute
PCORI is a government-sponsored non-profit organization created as part of a modification to the Social Security Act by clauses in the 2010 Patient Protection and Affordable Care Act. It is charged with investigating the relative effectiveness of various medical treatments. Medicare may consider the institute's research in determining therapies it will cover. As of November 2017, PCORI has awarded $364 million to fund 31 clinical studies and $492 million to fund 72 research projects. Learn more at https://www.pcori.org