Is Your Office Affecting Your Health?

Office workstations – either open office cubicles or private offices – can affect the activity and stress levels of workers, both during and after working hours, according to researchers at the UA institute on Place, Wellbeing and Performance. (Photo: Shutterstock)

Workers in open office seating had less daytime stress and greater daytime activity levels compared to workers in private offices and cubicles, according to new research led by the University of Arizona.

That greater physical activity at the office was related to lower physiological stress during after-work hours outside the office, researchers said. This is the first known study to investigate the effects of office workstation type on these objective measures.

The study was led by the UA Institute on Place, Wellbeing and Performance, directed by Esther Sternberg, MD, and the UA Center for Integrative Medicine, in collaboration with Aclima Inc. and the Baylor College of Medicine. The research is under the Wellbuilt for Wellbeing program, funded by the U.S. General Services Administration, which owns and leases more than 370 million square feet of space that houses more than 1 million federal employees.

The UA Division of Integrative Medicine, which operates largely through the UA Center for Integrative Medicine, is one of 14 divisions in the UA Department of Medicine. With more than 250 faculty physicians, the department is one of six original departments and the largest at the UA College of Medicine – Tucson, covering medical subspecialties from cardiology to rheumatology.

The study evaluated 231 people who work in federal office buildings and wore stress and activity sensors around the clock for three workdays and two nights. The intent was to evaluate the workers’ activity and stress levels both inside and outside of the office environments. 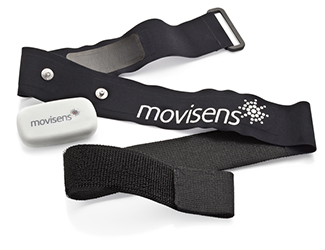 “This research highlights how office design, driven by office workstation type, could be an important health-promoting factor,” said Sternberg, research director of the UA Center for Integrative Medicine and senior author on the study.

Office workers are at a particularly high risk for low levels of physical activity and the associated poor health outcomes. According to a 2015 report published by the U.S. Centers for Disease Control and Prevention, workplace-related illnesses cost the U.S. economy more than $225 billion a year.

“Objective measurements using wearable sensors can inform policies and practices that affect the health and well-being of hundreds of millions of office workers worldwide,” said Casey Lindberg, PhD, UA Institute on Place, Wellbeing and Performance research associate and lead author on the study.

Formerly of the University of Arizona, Bijan Najafi, PhD, MSc., director of Interdisciplinary Consortium on Advanced Motion Performance at the Baylor College of Medicine in Houston, Texas, said it is satisfying to know that his work on wearable devices to measure stress and activity can help improve health and well-being for millions of office workers.

The study adds an objective voice to an ongoing debate about how best to weigh the advantages and disadvantages of open seating designs to optimize worker health. The paper, “Effects of office workstation type on physical activity and stress,” was recently published in Occupational and Environmental Medicine, a publication of British Medical Journals.