Frank Marcus, MD, professor emeritus of medicine and a past chief in the Division of Cardiology, University of Arizona College of Medicine – Tucson, and a research scientist with the UA Sarver Heart Center, was recognized recently as an invited speaker at the recent Heart Rhythm Society 2019 meeting. 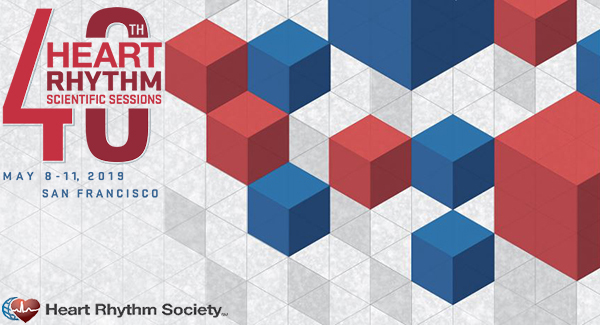 “This is a condition that I described in a publication in Circulation in 1982 and have contributed to knowledge of this disease since then,” Dr. Marcus said. “At the beginning of the session, Dr. Richard Hauer from Utrecht, The Netherlands (where he is project leader of the Netherlands Heart Institute project on ARVC), gave a report of my contributions followed by a standing ovation of the hundred or so attendees. I am most pleased by this recognition.”

The 1982 Circulation article, “Right Ventricular Dysplasia: A Report of 24 Adult Cases,” with Dr. Marcus as lead author, was a seminal paper in describing the heart condition that can lead to sudden cardiac arrest or heart failure.

From 2001 to 2008, he also led a National Institutes of Health-funded study, the North American Multidisciplinary Study, which strongly indicated a need for revision of criteria to better evaluate the presence of right ventricular structural, functional and electrical abnormalities

The study enrolled 108 newly diagnosed patients with suspected ARVC/D in 18 centers in the United States and Canada. Patients underwent noninvasive and invasive tests using standardized protocols initially interpreted by the enrolling center and then adjudicated by blind analysis in six core labs. Results revealed a significant difference in the clinical profile of newly diagnosed patients versus those reported with advanced stages of the disease, showing a considerable difference in the initial and final classification of the presence of ARVC/D after diagnostic tests were evaluated by the core laboratories.

“When not properly diagnosed, ARVC/D can result in sudden cardiac death or unnecessary implantation of an implantable cardioverter defibrillator (ICD),” Dr. Marcus said in 2009.

Following up on that study, hee also was lead author on “Diagnosis of Arrhythmogenic Right Ventricular Cardiomyopathy/Dysplasia: Proposed Modification of the Task Force Criteria,” in Circulation’s April 2010 issue.

Dr. Marcus was the 2011 winner of the Heart Rhythm Society’s Pioneer in Cardiac Pacing and Electrophysiology Award. 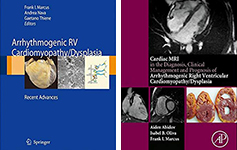 For more on Dr. Marcus’ career and his research, see his UA Vitae profile here. He joined the UA College of Medicine faculty in January 1969 as chief of cardiology.

You also can learn more about Dr. Marcus’ work on the department’s “Research Projects” spotlight webpage. If you are a UA Department of Medicine faculty member and would like to list a project here, please contact David Mogollón, our communications coordinator.