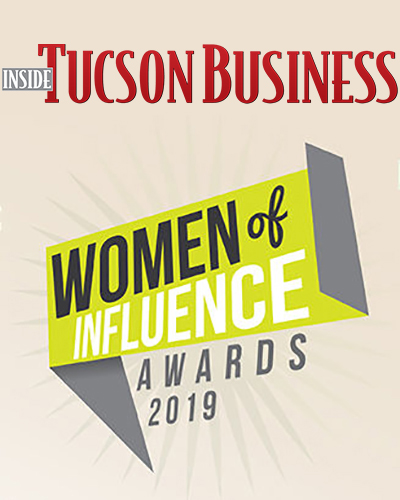 of Arizona Department of Medicine Chair Monica Kraft, MD, has been named a finalist for “Healthcare Champion” in the Women of Influence Awards sponsored by Inside Tucson Business a publication of TucsonLocalMedia.com.

Nominations for the awards closed Jan. 21. Their presentation will be March 6, 2019, at Desert Diamond Casino’s Diamond Center, 1100 W. Pima Mine Road, in Sahuarita, Ariz. A cocktail reception runs from 5:30-7 p.m., followed by the dinner and awards ceremony from 7-9 p.m. Last year’s ceremony drew over 600 attendees.

The Women of Influence Awards have been given for the past 14 years. About 20 awards will be presented ranging from Arts/Crafts Champion to Technology Champion. A record 261 nominations were received with finalists culled by an independent panel of judges. Since their inception in 2004, the awards have honored more than 300 women.

“This year, we are thrilled to have Barbi Reuter, president of PICOR Commercial Real Estate Services, as our keynote speaker, and Alba Rojas-Sukkar, chief development officer at the Tucson Museum of Art, as our event emcee,” noted Jason Joseph, president and publisher of TucsonLocalMedia.

Other publications that are part of TucsonLocalMedia include the Desert Times, Foothills News, Marana News, Northwest Explorer, and Tucson Weekly.

More on 'Women of Influence' 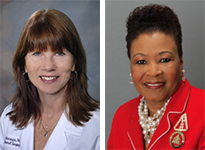 For additional information and questions about the Women of Influence Awards, please contact Laura Horvath at (520) 797-4384 or laura@tucsonlocalmedia.com

Then acting senior vice president for UA Health Sciences and renowned breast cancer surgeon, Leigh Neumayer, MD, chair, UA Department of Surgery, and professor of surgery and obstetrics and gynecology, was the last winner of the Healthcare Champion award at the 2017 Women of Influence dinner and ceremony.

And last year’s keynote speaker was Wanda F. Moore, a UA Sarver Heart Center board and women's committee member who launched its Minority Outreach Program in 2009.

Fighting for Every Breath

An internationally renowned physician-scientist specializing in translational asthma research and funded by the National Institutes of Health since 1995, Dr. Kraft joined the UA College of Medicine – Tucson faculty in late 2014. She is also a professor of medicine, the Robert and Irene Flinn Endowed Chair of Medicine, and deputy director of the UA Health Sciences Asthma and Airway Disease Research Center

In 2018, the National Heart, Lung, and Blood Institute, a unit of the National Institutes of Health, named her to its prestigious advisory council, and the American Thoracic Society, which she led as president in 2012-13, awarded her its Distinguished Achievement Award. Since her arrival, NIH funding for the department has grown from $11 million to nearly $32.7 million, with total research awards topping $62.6 million in 2018. This moved the department from 56th to 39th nationally on the Blue Ridge NIH Award Rankings.

Her own recent awards include a $7.02 million National Institute of Allergy and Infectious Diseases grant, $2.42 million NHLBI grant as part of the PreCISE Network to develop precision medicine interventions for severe asthma, and $750,000 Arizona Biomedical Research Commission grant to further develop therapies to reduce asthma attack severity. She also serves as co-investigator on awards of other UA faculty engaged in related research.

In 2017, Dr. Kraft was named American College of Physicians – Arizona Chapter Researcher of the Year and a fellow in the European Respiratory Society and as well as to the Drexel University Executive Leadership Program for Women in Academic Medicine. Other honors include the Presidential Early Career Award for Scientists and Engineers (presented at the White House in 2000).

In Tucson, in addition to multiple committees she has served on as part of the UA-Banner – University Medicine clinical partnership, she has worked to better communication and collaboration between community physicians, including as organizer of THE TUCSON CONFERENCE. This 8.5-CME (continuing medical education) event was held Feb. 2 in cooperation with Banner – UMC, TMC, Carondelet and El Rio Community Health. A dozen UA College of Medicine – Tucson faculty physicians participated as instructors, with more than 60 attendees.