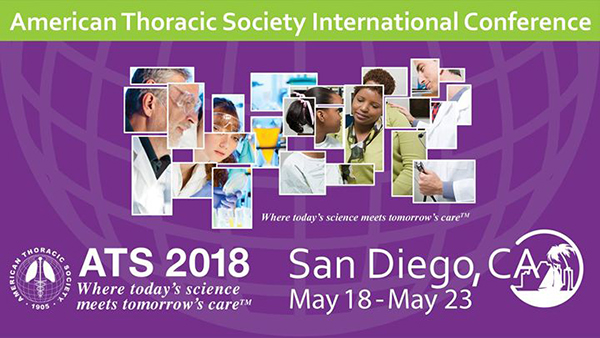 A world-renowned respiratory physician-scientist whose research focuses on chronic asthma and its treatment, Dr. Kraft served as ATS president in 2012-13 and has been active with the organization for decades, serving on numerous committees and panels. A professor of medicine and department chair since 2014, she is also the Robert and Irene Flinn Endowed Chair of Medicine at the UA College of Medicine – Tucson, deputy director of the UA Health Sciences Asthma and Airway Disease Research Center and a member of the UA BIO5 Institute.

In the past year, she has:

She also won grants in 2017 from the National Heart, Lung, and Blood Institute (a six-year, $2.42 million award as part of the PrecISE Network: ADAPT—Advancing Severe Asthma Precision Therapy—program) and Arizona Biomedical Research Commission (a three-year, $750,000 award for a study on “Surfactant Protein A as an Innate Immune Modulator in Asthma”).

These activities are in addition to multiple committees Dr. Kraft serves on related to the UA College of Medicine - Tucson, UA Health Sciences and the Academic Management Council, a joint body of the UA and Banner Health to help oversee operations of the Banner – University Medicine Division formed when the UA Health Network merged with Banner in 2015. This has resulted in construction of a 208,000-square-foot, $100-million outpatient care center at 3838 N. Campbell Ave., Building 2; a new $400-million, nine-story hospital tower at the Banner – UMC Tucson campus, as well as two UAHS research and educational buildings valued at more than $250 million. The last three buildings are still under construction.

Among other honors, Dr. Kraft has been recognized as a fellow in the American Academy of Allergy, Asthma and Immunology (2016), American College of Physicians (1999) and American College of Chest Physicians (1997). Other awards she has won include the Presidential Early Career Award for Scientists and Engineers (presented at the White House in 2000), Parker B. Francis Fellowship for Lung Research (1994-96), NIH Mentored Clinical Scientist Development Award (1996) and the Solomon Scholar Research Award (1990).

She earned her medical degree from the University of California San Francisco, completed her residency in internal medicine at Harbor-UCLA Medical Center, where she was chief resident, and did a fellowship in pulmonary and critical care medicine at the University of Colorado Health Sciences Center in Denver. 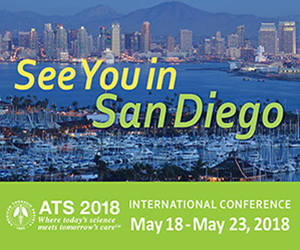 The American Thoracic Society and ATS International Conference are a home for pulmonary, critical care, and sleep professionals, from those in the earliest stages of their careers to those whose research or strides in clinical care has gained them international recognition. Each year, nearly 14,000 of these professionals choose to attend, present, and learn about the latest advances, meet with colleagues from around the world, and strike new collaborations.