Dr. Hecker a Finalist for Award at 2019 Governor’s Celebration of Innovation Expo 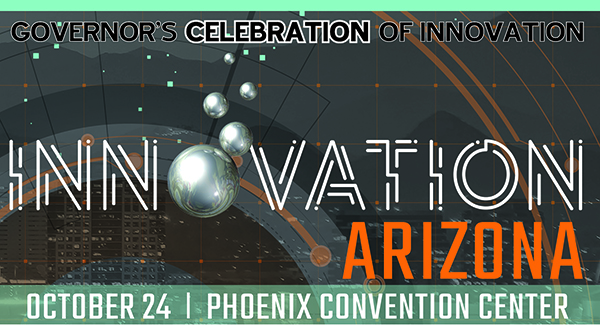 Louise Hecker, PhD, an associate professor with the University of Arizona Division of Pulmonary, Allergy, Critical Care and Sleep Medicine, UA BIO5 Institute member and research investigator with the Southern Arizona VA Health Care System, has been named a finalist for the 16th Annual Governor’s Celebration of Innovation Awards.

The Arizona Technology Council (AZTC), in partnership with the Arizona Commerce Authority, honors technology leaders and innovators from across the state with the yearly awards and expo event, which will be held Thursday, Oct. 24, 2019, 4-8:30 p.m., at the Phoenix Convention Center, 100 N. Third St. (directions) — West Building, 3rd Floor.

This year marks the 16th year of this prestigious, black-tie event that attracts more than 850 attendees for a night of networking, dining and entertainment.

For 2019, the event consists of a strolling dinner and Tech Showcase followed by a theatre-style awards program. Companies featured at the Tech Showcase includes award finalists, sponsors and AZTC partners.

Dr. Hecker, whose lab has developed highly selective Nox4 small molecule inhibitors for the treatment of fibrotic disorders, was nominated for the Academia Award and is among four finalists for the honor. The other finalists include:

Joining the UA College of Medicine – Tucson faculty in 2014, Dr. Hecker has won about $6 million in federal funding for her research on innovative therapies to treat fibrotic diseases such as idiopathic pulmonary fibrosis (IPF) over the past three years. That includes a $4.4 million U.S. Department of Defense grant and awards from the U.S. Department of Veterans Affairs and the National Institute on Aging, a unit of the National Institutes of Health.

In April, Dr. Hecker was presented by UA President Robert C. Robbins with the “Inventor of the Year” at the Sixth Annual I-Squared Awards & Expo, hosted by Tech Launch Arizona — the UA office that commercializes inventions stemming from research.

Dr. Hecker also was a contestant in February’s Shark Tank competition during Research Day 2019, hosted as the inaugural event by the UA College of Medicine – Tucson at the new Health Sciences Innovation Building.

Among nominees for the Lifetime Achievement Award are:

► To learn more about nominees for other awards, see this link.