More so than others, obese asthma patients struggle with poor control of their asthma, and symptoms that worsen with time. A team of scientists that includes University of Arizona pulmonary researchers Drs. Monica Kraft and Julie Ledford found one explanation, and has begun developing a therapy to address it.
By Emily Litvack | UA Research, Discovery and Innovation
This latest study, with data from 55 individuals, shows the same connection Dr. Ledford made years ago: People with especially low levels of SP-A had especially high BMIs. It was the first time anyone made this connection. The study also provides insights into what drives stark differences in SP-A levels between the obese and others.

A large, bouquet-shaped molecule called surfactant protein A, or SP-A, may explain why obese asthma patients have harder-to-treat symptoms than their lean and overweight counterparts, according to a new study led by scientists at the University of Arizona and Duke University. Their results were published in a recent edition of the Journal of Allergy and Clinical Immunology.

The study—titled “Obese Asthmatics Have Decreased Surfactant Protein-A Levels: Mechanisms and Implications”—compared SP-A levels in lean and overweight asthmatics against SP-A levels in obese asthmatics (those with a body mass index, or BMI, over 30). Obese individuals had significantly less of the protein.

To understand why the lack of it is such a problem for those with asthma, one must first understand the function of SP-A. It so happens to be a powerhouse of a protein. It helps curb the lungs’ responses to environmental insults like air pollution. It also regulates the numbers and locations of disease-fighting white blood cells called eosinophils. Without enough SP-A to rein them in, one winds up with too much of a good thing. The eosinophils collect in the lungs and wreak havoc. 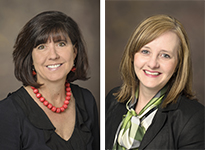 Drs. Kraft, chair and professor in the Department of Medicine, and Ledford, an assistant professor of medicine and immunobiology, are both members of the UA BIO5 Institute as well as the UA Health Sciences Asthma and Airway Disease Research Center. They began this research in 2010, when Dr. Ledford was a postdoctoral fellow at Duke University and Dr. Kraft was chief of pulmonary and critical care medicine there.

At that time, SP-A levels in asthma patients were relatively well studied, yet little understood. The literature was shaky. Some research showed that asthma patients have more SP-A than healthy individuals, others found they have less, and some found they had the same amount. 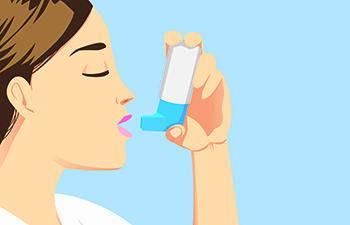 Using about 50 samples from the patients of medical doctors, including Drs. Kraft and Ledford too, got mixed results.

“I saw a really wide discrepancy in levels,” Dr. Ledford said. “My results matched everything that had been published, so Monica and I looked at patient demographics to see if anything stood out.”

And there in the data, Dr. Ledford saw it plain as day: People with especially low levels of SP-A had especially high BMIs. It was the first time anyone had made this connection.

This latest study, with data from 55 individuals, shows the same connection Dr. Ledford made years ago. The study also provides insights on what is driving that stark difference in SP-A levels between obese individuals and others.

It all starts with something called a “cytokine.” Cytokines are little proteins made by cells in the immune system, giving other cells a signal to take some kind of action. “Do this.” “Do that.” That’s the job of a cytokine. By moving out of a cell, one cytokine called tumor necrosis alpha, or TNF-a, tells other cells to activate the immune system. Obese individuals often have increased amounts of TNF-a.

If you have enough of it, explained Ledford, TNF-a can actually suppress SP-A. And according to this study, in obese asthmatics, it does just that. 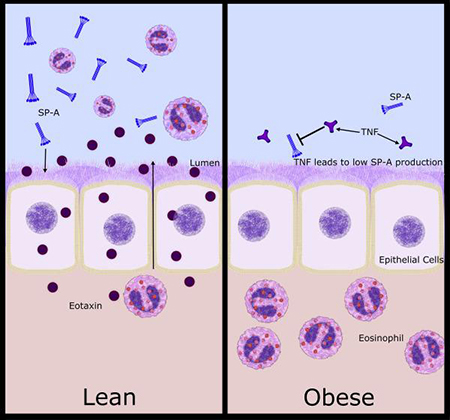 Obese asthmatics have increased TNF-alpha levels, which, in part, leads to decreased SP-A secretion. Subsequently, these individuals have enhanced eosinophilia.

“These results are eye-opening in that we’re finding out potentially why obese asthma patients don’t respond as well to treatments as other asthma patients. It could be due to the lack of this important immunoregulatory protein,” Dr. Ledford said. “I hope this study will lead to better patient care for this group of people.”

Inconveniently, “SP-A is well known to fight pathogens, so with pretty much any lung infection, someone with less SP-A would be at a higher risk for complications,” she said, adding that across all demographics of asthma patients, SP-A doesn’t work as well as it should to begin with.

Drs. Ledford and Kraft are working to translate this information into a new therapy.

“The active piece of surfactant protein A is, we think, 10 to 20 amino acids. We’re putting that piece of it into an inhaler as a delivery,” Dr. Ledford said. They are working with Tech Launch Arizona, the UA office that commercializes inventions stemming from research, to develop and license the treatment for those with asthma and other respiratory diseases.

“Fundamentally, we do research to address grand challenges facing our society,” said UA Senior Vice President for Research Kimberly Andrews Espy, PhD, who recently co-authored an op-ed in May for The Arizona Republic on asthma research at the UA. “And by taking this groundbreaking discovery from the lab to the marketplace, Drs. Ledford and Kraft will improve the lives of patients with difficult to treat asthma. I am so proud of their work and of the impact it will have for so many. The University of Arizona is an international leader in research in airway diseases and Dr. Ledford and Kraft’s work adds to our record of accomplishment.”

They are now working to further understand what factors, beyond TNF-alpha, might lead to decreased levels of SP-A. The two would also like to study SP-A levels in bariatric patients before and after their weight-loss surgeries.

Said Dr. Ledford, “I’m getting to see where and how my work in the lab can affect patient outcomes and, as a scientist, that’s the best reward one can get.”