A Department of Medicine Research Spotlight 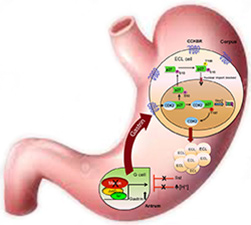 Dr. Juanita Merchant is a world-renowned molecular gastroenterologist whose contributions to the understanding of chronic inflammation and its association with gastric cancer have dramatically changed the way we look at these issues. She is widely known for her work on transcriptional control of gastrointestinal peptides, with a particular emphasis on the role of Hedgehog signaling in gastric transformation and how the gut microenvironment, or microbiome, regulates enteric glial cells and cellular senescence with aging.

Early on in her career, she received the 1998 American Gastroenterological Association (AGA) R. Robert & Sally D. Funderburg Research Award in Gastric Cancer from the AGA Research Foundation that allowed her to focus her investigations on how this important signaling pathway affects chronic inflammation that can drive cancer cell growth in the upper GI tract. Her research’s resulting findings changed physicians’ approach to diagnosis and treatment.

Among her most recent studies are the following: