Veracyte Inc. announced earlier this week that 20 U.S. medical centers are now offering the Envisia Genomic Classifier through an Early Access Program (EAP) to patients who are undergoing evaluation for interstitial lung diseases (ILD), including idiopathic pulmonary fibrosis (IPF). The program, launched in May 2018, provides advance access to the Envisia classifier, which the company anticipates making available nationwide in 2019.

The company later clarified that Banner – University Medical Center Phoenix also was included among the 20 medical centers now in the Envisia EAP. The Envisia Genomic Classifier was developed using Veracyte’s RNA whole-transcriptome sequencing and machine learning technology to improve physicians’ ability to differentiate IPF from other ILDs—without need for surgery. Patients can now access the Envisia classifier in 12 states across the country.

“Accurate and timely diagnosis of IPF and other ILDs is often a major challenge for physicians and patients, even with the most advanced imaging technologies,” said Joseph A. Lasky, MD, of Tulane University School of Medicine in New Orleans. “A precise diagnosis is fundamental for developing an optimal patient treatment plan. This may include use of antifibrotic therapies now available to slow progression of IPF, as well as avoidance of potentially harmful treatments. We are delighted to be one of the first U.S. medical centers to offer this breakthrough genomic technology to our patients.” 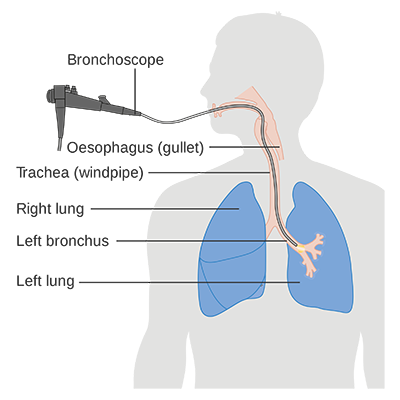 A recently published survey conducted by the Pulmonary Fibrosis Foundation found that more than half of patients with IPF or other ILDs were misdiagnosed at least once and that, for four in 10 ILD patients, accurate diagnosis took more than a year. Among those patients with IPF, more than one in five reported treatment during the diagnostic process with systemic corticosteroids, a potentially harmful therapy for IPF patients.

“For many patients with IPF or other ILDs, the emotional toll of learning they have a serious lung disease is often compounded by the challenges they experienced in getting a diagnosis,” said Sandeep Bansal, MD, medical director for The Lung Center at Penn Highlands Healthcare, with headquarters in DuBois, Pa. “Data suggest that the Envisia Genomic Classifier can help us reduce this burden and significantly improve care for these patients.”

The 190-gene Envisia classifier detects the genomic pattern of usual interstitial pneumonia (UIP), a hallmark of IPF, with high accuracy (88 percent specificity and 70 percent sensitivity). The genomic test is performed on patient samples obtained through transbronchial biopsy, a nonsurgical procedure that is commonly used in lung evaluation. Veracyte recently received a draft Medicare local coverage decision through the MolDX program for its Envisia classifier and anticipates that the policy will become final in early 2019.

“As a complement to high-resolution CT imaging, the Envisia classifier can improve patient care by enabling physicians to more confidently differentiate IPF from other ILDs,” said Bonnie Anderson, Veracyte’s chairman and chief executive officer. “This may help patients get appropriate treatment sooner, without the need for risky surgery or other diagnostic procedures. We are pleased to be working with physicians at leading hospitals through our Early Access Program as we prepare to make the Envisia classifier more widely available to patients in 2019.”

One benefits of Veracyte’s RNA whole-transcriptome sequencing is to improve physicians’ ability to differentiate IPF from other ILDs—without need for undergoing thoracic surgery. This classifier is a way to avoid invasive surgery, instead obtaining a transbronchial biopsy sample for determination of IPF in a patient, said Sachin Chaudhury, MD, ILD Program director at Banner – UMC Tucson and an assistant professor of medicine in the University of Arizona Division of Pulmonary, Allergy, Critical Care and Sleep Medicine. The division is one of 14 in the UA Department of Medicine, itself one of six original and the largest department at the UA College of Medicine – Tucson.

“Previously we had to do a surgical lung biopsy. This may actually replace that in certain situations by getting a transbronchial lung biopsy. Instead of going in surgically, we use virtually non-invasive techniques to go down the throat through the trachea to get a lung biopsy,” Dr. Chaudhary said.

Banner – UMC Tucson has done three transbronchial lung biopsies so far this year and has a few more lined up in the near future. He anticipates doing about 10-15 such biopsies in 2019.

Each year in the United States and Europe, up to 200,000 patients are evaluated for suspected interstitial lung disease, including IPF, which is among the most common, deadly and difficult to diagnose of these lung-scarring diseases. Physicians routinely use high-resolution computed tomography (HRCT) along with a clinical work-up to help identify IPF. But this approach frequently provides inconclusive results, leading many patients to undergo invasive and potentially risky surgery for a more definitive diagnosis. Other patients are too frail to undergo surgery and may never receive an accurate diagnosis, which can result in suboptimal—and potentially harmful—treatment.

The Envisia Genomic Classifier is the first commercially available test to improve the diagnosis of IPF. It enables physicians to more confidently differentiate IPF from other interstitial lung diseases, helping to guide a patient treatment plan that can improve outcomes and reduce risk. The classifier works by harnessing the power of RNA sequencing and machine learning to detect a genomic pattern of usual interstitial pneumonia, whose presence is required for IPF diagnosis. The Envisia classifier is proven to detect UIP with high correlation to the gold standard—histopathology results read by ILD experts—without the need for surgery.

San Francisco-based Veracyte is a leading genomic diagnostics company that improves patient care by providing answers to challenging clinical questions. The company's products combine advanced genomic technology, clinical science and machine learning to provide answers that give physicians and patients a more clear path forward, informing both diagnosis and treatment decisions without necessarily the need for costly, risky surgeries that may be unnecessary. Since its founding in 2008, Veracyte has commercialized three genomic tests, for diagnosis of thyroid cancer, lung cancer and idiopathic pulmonary fibrosis. For more information, please visit www.veracyte.com

For more information about accessing the Envisia Genomic Classifier through the Early Access Program, physicians and patients may contact Veracyte at 1-844-464-5864 or support@veracyte.com