A Great Place to Learn & Grow

Known as "The Old Pueblo," Tucson became part of the United States with the Gadsden Purchase from Mexico in 1854. Its heritage offers a rich mix of Native American, Hispanic and U.S. cultures.

It's also been named one of the top 5 places to live for millenials by Money magazine. The city — whose metropolitan population is about 1 million — lies in the Sonoran Desert between five mountain ranges, the Tucson, Catalina, Rincon, Santa Rita and Tortolita Mountains.

While winter snows and skiing can be found a 45-minute drive up to Mount Lemmon, the desert floor offers a year-round temperate climate with multiple opportunities to enjoy a variety of outdoor activities. Its proximity to wilderness areas, national forests, parks — including the Grand Canyon, Petrified Forest, Chiricahua and Saguaro National Parks — and other natural and historic sites of the Old West make day or weekend trips an opportunity for adventure for all. 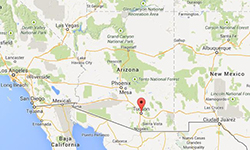 Less than two hours by car can take you from Tucson to Phoenix (the fifth largest U.S. city),  Nogales (in Sonora, Mexico), or Tombstone, Ariz.—the town too tough to die and home of the infamous OK Corral. A four-hour drive will get you to Flagstaff or Sedona, Ariz., Las Cruces, N.M., or the beaches of Puerto Peñasco (aka Rocky Point), Mexico. And in about six hours driving, you can be in San Diego, El Paso, Albuquerque or the Grand Canyon.

You can also just stay home and enjoy the many festivals, concerts, fine dining, night life and entertainment, and other activities such as cycling, mountain biking, rock climbing, running, hiking, birding and more… For details, scroll down to our “Sites to See,” “Nearby Attractions” and “Annual Events” sections for more “Things to Do While You're Here.” 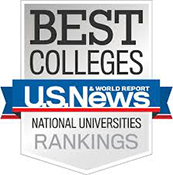 The university won its best overall composite score ever in the 2020 U.S. News & World Report Best Colleges rankings, with several strong marks (including significant improvements in its six-year graduation rates) that earned it a 50, the university's highest mark in the eight-year history of this ranking. In all, it tied for No. 53 among public universities and tied for No. 117 overall in the latest guidebook. Among other U.S. News recognitions, the UA earned:

The magazine also ranked the UA No. 81 out of 1,250 higher ed institutions from 75 countries, tying for No. 43 among U.S. universities, among the U.S. News 2019 Best Global Universities.

The UA finished 104th overall in the Times Higher Education World University Rankings 2020—a 55-spot leap over the university's position a year earlier. We rank No. 42 among all U.S. colleges and universities and No. 20 among public institutions. It is the UA's highest mark in these rankings since 2015.

In 2019, the University of Arizona was named to both Forbes Magazine’s “Best Employers” as well as “Best Value Colleges” lists—coming in at No. 11 for Arizona on the first and No. 62 (moving up 46 spots) nationally on the second. 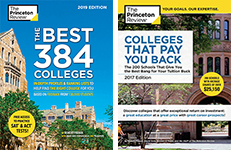 And it placed No. 4 for Best Health Services among 384 colleges rated in the Princeton Review’s 2019 “The Best College Value”  index. In academics, it improved four spots to No. 78, over the previous edition which had named it one o. Other ratings included: campus sustainability or “green” initiatives (94), fire safety (91), quality of life (88), admissions (81), financial aid (80) and “students pack the stadium” (14). Two years earlier, Princeton Review named the UA among the top 200 “Colleges That Pay You Back” in terms of offering the best bang for your tuition buck for post-college success.

The UA also was recognized in the Fiske Guide to Colleges 2019 as one of the nation's top values in higher education in the guide's annual list of “Best Buy” schools. It is one of 20 colleges and universities in the United States, the only one in the Pacific 12 Conference and just one of 10 public universities to qualify for the list.

In other rankings, Tucson is:
■ The First U.S. City Designated a “City of Gastronomy” by UNESCO with its “Best 23 Miles of Mexican Food”
■ Ranked No. 76 Best Place to Live and No. 65 Best Place to Retire by U.S. News & World Reports
■ Top 10 among Business Insider's Most Popular Cities to Live
■ Among the Most Bikeable U.S. Cities according to the Travel Channel (No. 8), Walkscore/Redfin (No. 9) and Bicycling ( No. 23)
■ Top 5 Places to Live for People with Asthma in United States by Safewise (No. 2) and NerdWallet (No. 4)
■ Home to three Top 10 High Schools in America as listed by U.S. News & World Report (up from three in top 15 in 2017)
■ Top 30 Best Places to Retire in America by Bankrate (No. 28) and BestBoomerTowns.com 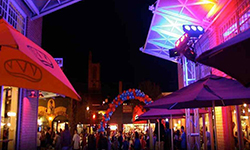 A few websites to visit for activities near the university and downtown include Main Gate Square, the Fourth Avenue Merchants Association, Downtown Tucson Partnership and Mercado San Agustin public market — all of which can be traversed via the new Sun Link Tucson streetcar system. A free monthly festival is hosted also by 2nd Saturdays Downtown and, twice a year, the Fourth Avenue merchants host street fairs and “Club Crawl” events.

For arts and entertainment events sponsored by the University of Arizona, visit UA Presents — which brings nationally and internationally-renowned dance, classical, jazz, pop, theater and spoken word artists to campus.

To learn more about things to do in the region, go to www.visittucson.org. For additional information, see the websites for the City of Tucson, Pima County or the Pima Association of Governments.

You can also find other valuable information at the University of Arizona's "Why UA?" webpage. 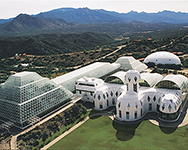 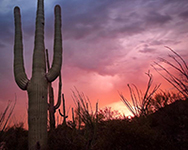 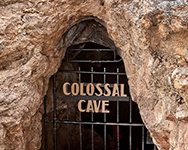 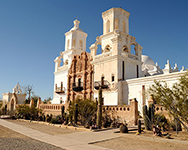 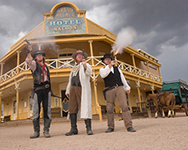 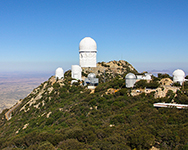 Here are a few activities to enjoy throughout the year:

Other Things to Do

For more information about our clinical & training facilities, visit: